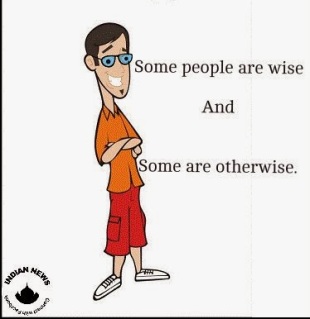 So much has been written about the Wendy Doniger affair. Sadly, not much new has been said. I wasn’t going to really post anything on my blog about this whole thing, for two reasons. One is simply because of ‘been there, done that’, in the sense that those days, years rather, of discussing such matters are really behind me. I know where I stand on such matters and that’s enough for me, at least for now.

Second is that the level of discourse on such topics feels so outdated for the most part – radicals vs. traditionalists, progressives vs. fanatics, free-speechwallas vs. regressive-fundoos…such mindless dichtomoies used mindlessly, such meaningless labels thrown around without really bothering about what these words mean. Why bother with all that, I thought. Really.

But then, two things happened. And here I am with this post.

One of my teachers posted on his blog a passage from one of my favourite volumes from Sri Aurobindo’s works. This passage, that I had read many times before, when re-read in the wake of this D-controversy brings new knowledge and new light that I believe many of us are seeking. This passage really gives a larger, wider view of things. It not only strengthens my view on the matter, it also helps me see the light when almost all the common discourse around the recent controversy simply darkens the mind. After reading this passage a few times this past week, I had no choice but to share it on my blog. If for no other reason, but to simply express my gratitude to the Master for showing me the light, as His Words have always done for me.

The second thing that led me to do this post was a new ‘sublime’ blogpost by another thinker/writer whose blog I follow. He too, inspired by the thought and words of Sri Aurobindo, helps bring this discourse into a wider view. I am so thankful to him for writing this piece. I share the link to his article at the end of this post.

The Need for an Aggressive Defence of Indian Culture
Sri Aurobindo


“There arises the necessity of a defence and a strong, even an aggressive defence; for only an aggressive defence can be effective in the conditions of the modern struggle. But here we find ourselves brought up against an opposite turn of mind and its stark obstructive temper. For there are plenty of Indians now who are for a stubbornly static defence, and whatever aggressiveness they put into it consists in a rather vulgar and unthinking cultural Chauvinism which holds that whatever we have is good for us because it is Indian or even that whatever is in India is best, because it is the creation of the Rishis. As if all the later clumsy and chaotic developments were laid down by those much misused, much misapplied and often very much forged founders of our culture. But the question is whether a static defence is of any effective value. I hold that it is of no value, because it is inconsistent with the truth of things and doomed to failure. It amounts to an attempt to sit stubbornly still while the Shakti of the world is rapidly moving on her way, and not only the Shakti of the world but the Shakti in India also. It is a determination to live only on our past cultural capital, to eke it out, small as it has grown in our wasteful and incompetent hands, to the last anna: but to live on our capital without using it for fresh gains is to end in bankruptcy and pauperism. The past has to be used and spent as mobile and current capital for some larger profit, acquisition and development of the future: but to gain we must release, we must part with something in order to grow and live more richly,—that is the universal law of existence. Otherwise the life within us will stagnate and perish in its immobile torpor. Thus to shrink from enlargement and change is too a false confession of impotence. It is to hold that India’s creative capacity in religion and in philosophy came to an end with Shankara, Ramanuja, Madhwa and Chaitanya and in social construction with Raghunandan and Vidyaranya. It is to rest in art and poetry either in a blank and uncreative void or in a vain and lifeless repetition of beautiful but spent forms and motives. It is to cling to social forms that are crumbling and will continue to crumble in spite of our efforts and risk to be crushed in their collapse.”
….
“Aggressive defence implies a new creation from this inner and commanding vision and while it demands a bringing of what we have to a more expressive force of form, it must allow also an effective assimilation of whatever is useful to our new life and can be made harmonious with our spirit. Battle, shock and struggle themselves are no vain destruction; they are a violent cover for Time’s great interchanges. Even the most successful victor receives much from the vanquished and if sometimes he appropriates it, as often it takes him prisoner. The Western attack is not confined to a breaking down of the forms of Eastern culture; there is at the same time a large, subtle and silent appropriation of much that is valuable in the East for the enrichment of occidental culture. Therefore to bring forward the glories of our past and scatter on Europe and America as much of its treasures as they will receive, will not save us. That liberality will enrich and strengthen our cultural assailants, but for us it will only serve to give a self-confidence which will be useless and even misleading if it is not made a force of will for a greater creation. What we have to do is to front the attack with new and more powerful formations which will not only throw it back, but even, where that is possible and helpful to the race, carry the war into the assailant’s country. At the same time we must take by a strong creative assimilation whatever answers to our own needs and responds to the Indian spirit. In certain directions, as yet all too few, we have begun both these movements. In others we have simply created an unintelligent mixture or else have taken and are still taking over rash, crude and undigested borrowings. Imitation, a rough and haphazard borrowing of the assailant’s engines and methods may be temporarily useful, but by itself it is only another way of submitting to conquest. A stark appropriation is not sufficient; successful assimilation to the Indian spirit is the needed movement. The problem is one of immense difficulty and stupendous in its proportions and we have not yet approached it with wisdom and insight. All the more pressing is the need to awaken to the situation and meet it with original thinking and a conscious action wise and powerful in insight and sure in process. A mastering and helpful assimilation of new stuff into an eternal body has always been in the past a peculiar power of the genius of India.”

“As Swami Vivekananda has pointed out the spiritual thought of India acts in a subtle, unseen and invisible way in the consciousness of humanity.  The ideals of Indian spirituality are not the speculative constructions of the human intellect.  They are the emanations from the supra intellectual consciousness of seers and sages, established in the terrestrial mental atmosphere as living forces.  We must also keep in mind that the seer and sages of India, past or present, whether they are living in their earthly bodies or “dead” are living spiritual powers guiding the spiritual evolution of humanity.  For someone who lives in the spiritual consciousness of his soul, his body is like a shirt, and “death” is only a shuffling of his physical robe.

“This living force of Indian spirituality is the purest and highest form of soft power.  It silently infiltrates into the minds and hearts of people, slowly and subtly changing their thoughts and feelings.  We can see this happening in the history of modern civilization, especially in the west.  Transcendentalism, flower culture or the hippie movement, New Age cults and literature, philosophical speculations of New Physics, alternative therapies, deep ecology, meditation, and Yoga, seeping of Indian spiritual and Sanskrit terminology like guru, avatar, dharma, karma into the English language and vocabulary, all these are the result of the infiltration of Indian ideas into the western culture.

“This will continue, and one day it will be a flood, which will not destroy or overpower other cultures, but will transform them.  For, the urge or capacity for synthesis is an intrinsic genius of Indian spirituality.  So, the growth of Indian spirituality will lead to a progressive mutual enrichment of the spirit of East and West in a new synthesis and integration.  It is this spiritual invasion, which the demons of the nether world instinctively feel, and attack, both inwardly and outwardly, at everything which has the spiritual potential to dislodge their reign over the world.  The attack and mischief of dark forces take many forms.  The present Freudian hoodoo against Indian culture is perhaps one of them.”